Welcome to the latest build: The Darkness! A custom guitar designed to channel the darkness, and well maybe even lessor demons…

Things have been going a little slow. I’ve been making improvements to some of my tools and preparing some blanks for shaping and assembly. I bought a couple of blanks off ebay as I was feeling kinda lazy and my local lumber supplier has been a little limited in the 8/4 lumber most of us luthier folks enjoy. I decided to start work on this Basswood and Purple Heart 3 Piece blank. I felt immediately inspired to start working with it.

For the neck, I decided after watching Tim Henson show his god-like talent with the song G.O.A.T. I decided I needed to build a neck with Roasted Maple. But, I also was missing something from one of my favorite guitars from my childhood, which was an ebony fretboard which I found a blank rather cheaply on ebay.

I started cutting out the body. working up to the shape of what I desired for a modern double-cutaway. I used black lacquer paint to keep my markings for where routes / parts that needed to be cutaway.

After fighting some of my joinery work, sanding, CA-Glue / wood dust filling I started to approach where I was satisfied with the form and looks of the build. I also learned some hard lessons with the router which predicated many hours of youtube rabbit holery.

I started to think to myself: “How should I deal with the Basswood?” I want to make it match the Roasted Maple neck, do something kinda more natural in terms of finish instead of throwing a boat load of tinted lacquer on the body – after all, the guitar is named The Darkness… After getting the initial stain down. I started to investigate any issues I needed to address before sealing and sanding. I addressed them.

So after a bit of sanding, and checking things over, one by one. I started to prep for lacquer. I was caught between finishing with tung oil (my favorite) or going with a lacquer finish which musicians seem to like. I decided to go on the route of what musicians would like. But I also had a fun idea of doing a little feathering with black lacquer on the front and back for some Depth (TM).

as you can see, we have some niceness going on, while remaining natural enough to feel like it’s not just entirely slathered in lacquer. I love the look of gloss finish so the body will be glossy when I get it all together. As of now, I have some of the feathering done. most of the lacquering of the body done. I will NOT be putting lacquer on the neck as Roasted Maple is heavenly to the touch, maybe some tung oil to keep it happy!

Next blog post, I will be showing the neck build. It’s surely going to be a doozy. I am confident that this is going to be an amazing instrument. 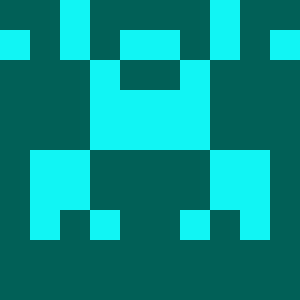